The Public Art Rings were made to be held and tried on, worn by the viewer and closely inspected. The small cosmos of each ring contains an individual enchantment. Emily Hunt uses the form of the ring as a means of physical engagement with multiple audiences. The first iteration of the work was exhibited in Berlin in 2021, where the series of rings represented significantly charged places, or ‘psychic zones’ of her local neighbourhood in Wedding. The second iteration was created for an exhibition in Tamale, Ghana at the Savannah Centre for Art in 2022. The project was a collaboration between Galerie Wedding, a contemporary art centre in Berlin and the Savannah Centre for Contemporary Art (SCCA) initiated by Ibrahim Mahama, with the wonderful Solvej Helweg Ovesen at the helm of the project. The final part of this project was known as “Existing Otherwise - Future of Coexistence". Existing Otherwise means experimenting with freedom and habitus while society is increasingly transforming but there is little room for change and independence. After the pandemic, art has a new role - to look into the future and initiate change - socially, ecologically and materially.

The proverb is a simple and insightful, traditional saying that expresses a perceived truth based on common sense or experience. Proverbs are often metaphorical and use formulaic language. Collectively, they form a genre of folklore. Proverbs are peculiar, they can open up conversation between people from different language tongues, they are open to interpretation, and they can be contemporary ideas or as ‘old as the hills’. Some proverbs exist in more than one language because people borrow them from languages and cultures with which they are in contact.

Proverbs are an interesting and strange way to directly engage with language, as each country has their own peculiar ways of referencing society, family structures, work and money. Proverbs get to the heart of how a language works. Proverbs can represent something of a personality of the language. 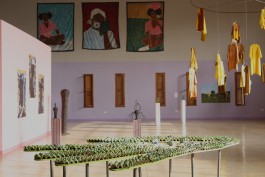 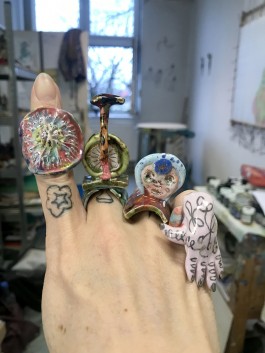 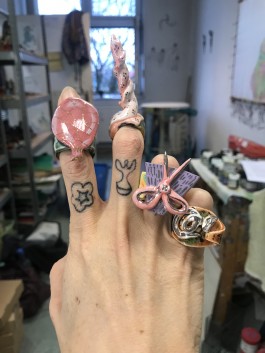 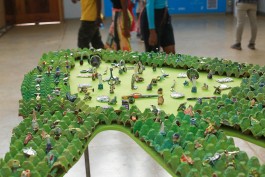 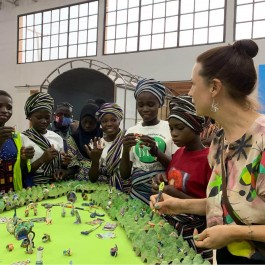 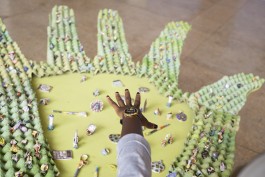 Life is like the unicycle; if you want to keep your balance you must keep moving.

Even a table clock that does not work is right twice a day on the table.

If the headphones are on, one feels he is in his own world.

Life is like the blender where all hopes and aspirations are mixed up with fear and despair.

This series of over 180 rings and objects seek out the shadows cast by things in ordinary life. Hunt recognises the bizarre potentialities in ordinary things. The Public Art Rings bring attention to the strange or weird, that lives within our world, but we often ignore it. The proverb can call attention to this. The everyday objects such as food blenders, calculators and scissors can be seen through the lens of panpsychism - the view that all things have a mind or a mind-like quality. Alongside the known objects, there are other invented forms that counteract the solid reality of man-made objects. These magical forms sit side-by-side with objects we recognise, describing the gap between materialism and idealism.

A hand-shaped table offered the audience an opportunity to handle the rings a direct interaction that provoked questions about trust, touch, fragility, care, and challenged the unspoken rule that ceramic installations should not be touched in a museum context. 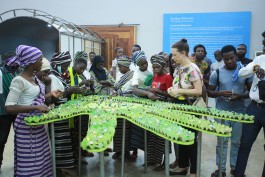 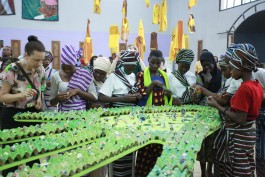 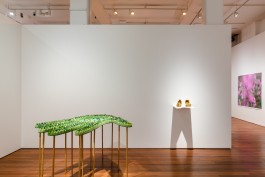 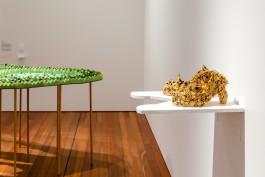 The Public Art Rings was simultaneously shown in Sydney and Tamale in 2022. The exhibition was part of the Fauvette Loureiro Memorial Scholarship at Sydney College of the Arts. These rings were created to speak to the power of public art in the larger society. Within the series of rings are homages to Sydney College of the Arts, that recognise the influence the University and its architecture has had on the artist’s life.

Rings are tools in magical practice. Each ring is an egregore, which is an occult concept representing a distinct non-physical entity that arises from a collective group of people. As the ring is looked at and tried on, it collects and stores energy. The egregore is a kind of collective entity that is created when people consciously come together for a common purpose. After this exhibition, the rings will be used further as starting points, for proposing mosaics in public installations. 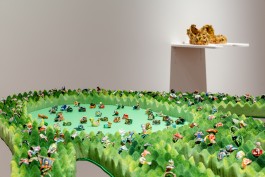 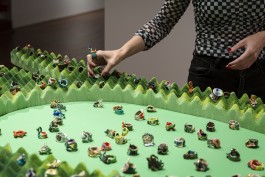 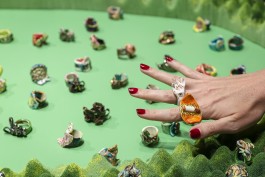 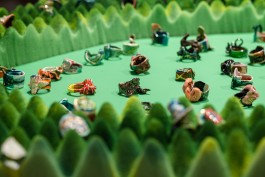 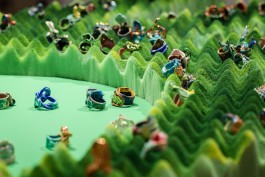 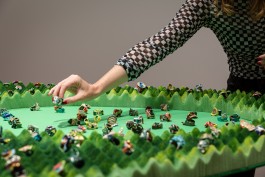