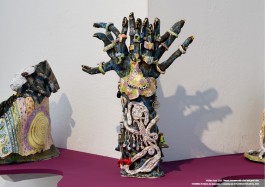 “Emily Hunt creates beings, objects and scenarios with her ceramics.  Her colourful, detailed, ornamental and psychedelic works allow us to dive into a kind of magical parallel world.  They allow a glimpse into a world to which we actually seem to have no access to.  Some things in these worlds seem familiar to us, reminding us of our human life.  Others appear as strange and distorted, almost absurd.  Like a contemporary storyteller, Emily Hunt combines the fantastic with the real, the familiar with the alien in her fairy tale works, and in doing so, she also devotes herself to the so-called strange and odd.

Her creatures, reminiscent of elves or fairies, are not only sweet and dear creatures.  They always show fractures.  In "Aliens are temporary - a mutating tale", for example, they appear as an old baby or are smoking in a kind of self-help group. In this way, they also remind us of those who are often forgotten and turn their supposed  strangeness into something worth taking a closer look at.”

Part of "Aliens are temporary - a mutating tale" at Kunstraum Kreuzberg. 2022 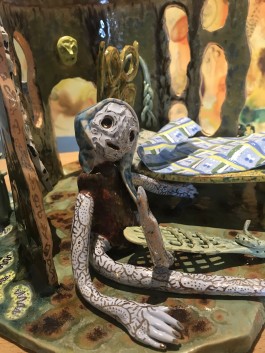 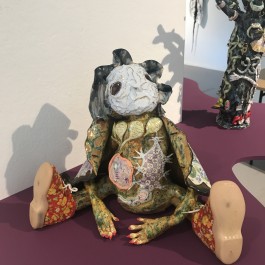 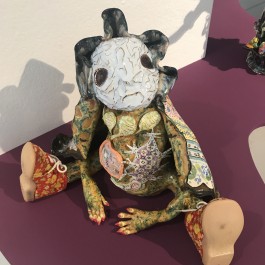 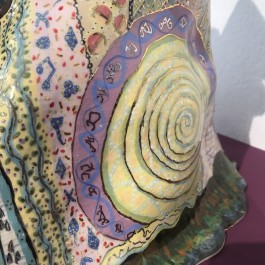 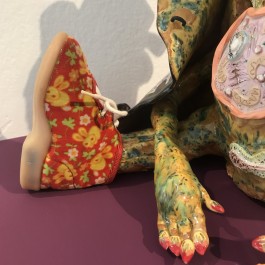 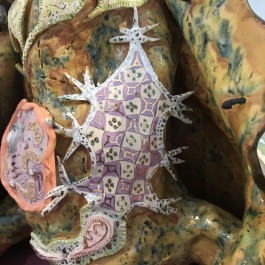 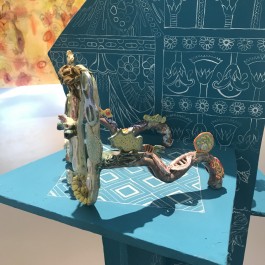 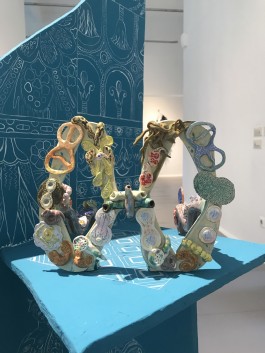 On the painted plinth 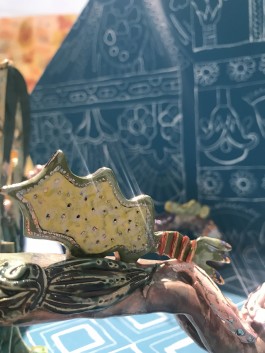 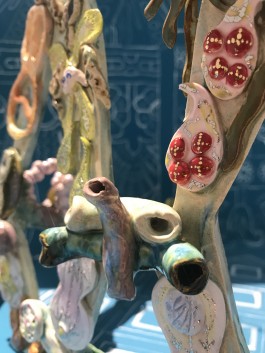 Continuing on with using sunglasses as a baroque device to look through things, into the invisible realms. But really, it’s too terrifying to think there are tiny little creatures living on your eyelashes, munching away. I don’t know if I’d be ok after wearing these glasses. There are microscopic aliens everywhere. 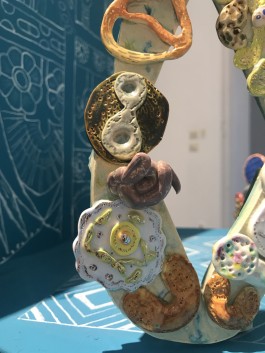 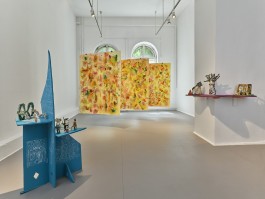 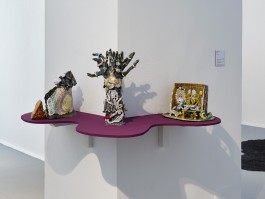 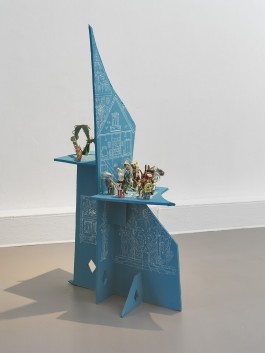